After an assumedly nasty break up, Jack Weppler's ex-girlfriend decided to smite him in the most public way possible. The wronged girl uploaded a pile of defamatory images to a picture-hosting website with Weppler's name as the filename, and Google image search did its magic. Labeling this a computer prank may be a stretch—it's probably something more along the lines of psycho-angry-ex-girlfriend-goes-completely-and-utterly-nuts—but it's whip clever, it's DIY, and pretty hilarious. 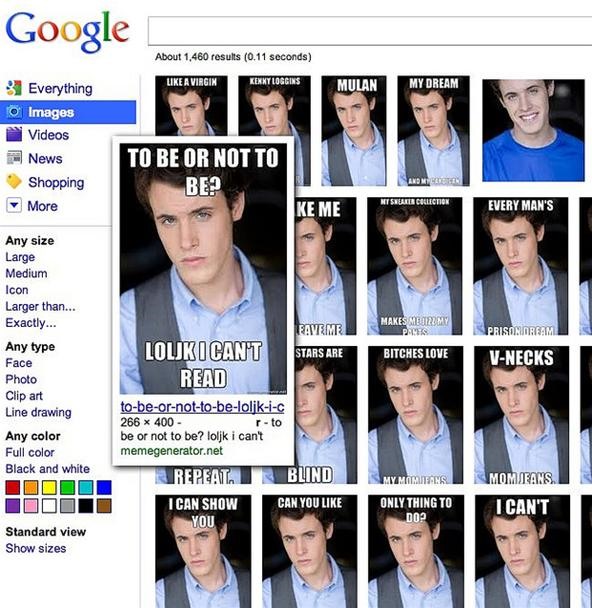 The kid's family is desperately pleading for removal, but due to Google image cache issues, they're still up:

"My minor son's ex-girlfriend took a copyrighted picture of him (we own copyright) and uploaded it more than 60 times to a website. On each image she wrote slanderous, defamatory and pornographic captions. The webmaster of the site states he removed the images 6 weeks ago, but Google Search still shows all the images. My son is so stressed out and embarrassed and we've done everything we can to get images off of Google including URL removal tool, a letter to Google Legal with all the URLs because of copyright infringement, and nothing has worked!"

Poor kid. With some elementary Google spamming know-how, slander is a piece of cake. He better go for a less computer saavy, meme adept chick next time. In the meantime, here's a HowTo he may find useful.

Want to master Microsoft Excel and take your work-from-home job prospects to the next level? Jump-start your career with our Premium A-to-Z Microsoft Excel Training Bundle from the new Gadget Hacks Shop and get lifetime access to more than 40 hours of Basic to Advanced instruction on functions, formula, tools, and more.

Other worthwhile deals to check out:

Join the Next Reality AR Community

Get the latest in AR — delivered straight to your inbox.

what a mean girl